Emily C. Smith appears with her guitar and synth partner in crime Josh Thomson at a loveley little pub for a night of music 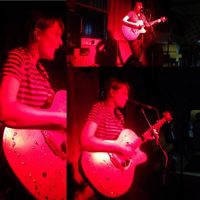 Djs and live music all afternoon, then into the evening the decks are open to everyone with BYO Vinyl, simply dig out your vinyl, chalk up your name and play your 3x7" or 2x12" A couple of local artists to sketch everything as it happens. King Buster Blues and another tbc. Emily will be performing solo at 4.15pm. 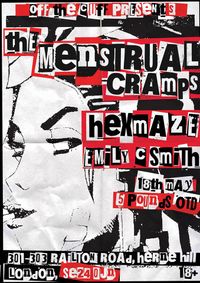 The riot grrrl, punk band that made oi! cry. Screaming their way through London, smashing every glass ceiling on route! Winners of 2017 Loud Women Hercury Award! 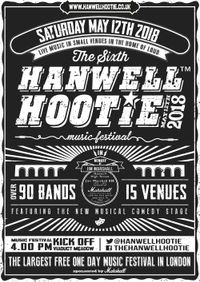 More to be announced http://www.hanwellhootie.co.uk/news/

Back by popular demand:

This band are going from strength to strength after supporting Richard Hawley at two sold out shows and are playing Birmingham as part of their European tour. Expect rock n roll detonation!

"The songwriting is strong...proof of real talent" - Richard Hawley

“Strains of Polly Jean, I love it”. Nemone 6Music

£5 early bird / £7 advance from theticketsellers.co.uk / more on the door 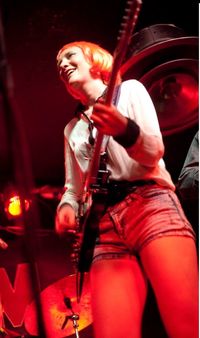 Emily C. Smith will appear with her full band... Also the marvelous Claudia Barton and Kali Louise will be playing. Food and refreshments for sale on the night! Cash only venue. £6 on the door, £5 tickets in advance (watch this space for a link to buy tix) https://www.youtube.com/watch?v=br7EJmA-awk Kali Louise - https://www.mixcloud.com/BrumRadio/melody-and-concrete-internet-20122017/ 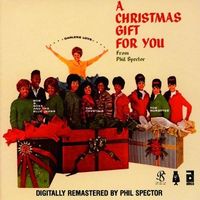 A Christmas Gift For You

Of course this will be cooler than your average Christmas do!

Kids in free & are welcome until 8pm 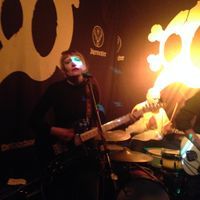 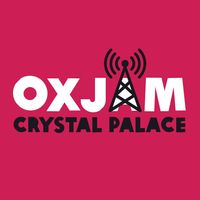 Oxjam is the UK's largest grassroots music festival. It's organised entirely by amazing volunteers who are passionate about their local music scene and about fundraising for Oxfam GB. LOCAL MUSIC, GLOBAL IMPACT.

The London leg of the #SOTONES10 tour Celebrating 10 Years of Sotones Records.

White Ape “Outstanding – a swaggering pottymouthed earworm. Genius lyrics and great vocal delivery...fine fucking work, men." - Tom Robinson, BBC6music “You know some people are just too smart. So smart their heads spin with ideas and they talk in flights of fancy. These people don’t fit into the mundane groove of reality and the lucky ones end up making music. White Ape is that sort of band.” - John Robb, Louder Than War www.facebook.com/whiteapeband www.whiteapeband.com

“Strains of Polly Jean, I love it”. Nemone 6Music https://www.facebook.com/emilycsmithmusic/

Avital Raz "There is no-one quite like Avital Raz in the world of music right now, and she should be applauded for the intelligence and singularity of her artistic vision. The Fallen Angel’s Unravelling Descent is a genuinely original musical statement, full of wise, exotic and gleefully mordant songs that manage to be simultaneously challenging and melodic." - Folk Radio UK http://www.avitalraz.com/ https://www.facebook.com/avitalrazmusic/

Dave Miatt / Jackie Paper Former member of NME-darlings Thomas Tantrum, South-Coast singer-songwriter Dave Miatt is at his most tangible in his solo work. Inspired by folklore, myth and magic, Miatt’s songs represent both his meaningful late-night ponderings and dark sense of humour. Currently, he can also be found fronting jangle-pop/ folk band Sleeping Tigers and as a hired gun for psych-pop collective Spectral Park. https://www.facebook.com/davemiattmusic/

Ed Hicks As a treat for the old Sotones crowd, we have reached into the back and tracked down one of the original shining lights of the scene, Ed.J.Hicks. For years he’s been painting walls in Hackney but with a mix of whiskey and personal compliments, we have coaxed him back onto the stage. Is this a comeback? We really don’t know. Expect a load of alt-blues and gruff soul. https://www.facebook.com/Ed-Hicks-54-253645434753176/ http://globalstreetart.com/ed-hicks

Band Of Skulls (DJ Set) A proper famous big ol' rock band dropping in to spin some discs. "hard to pigeonhole. Part Led Zeppelin, part Royal Blood, part god knows what… I guess you could say they’re pretty unique." - Daily Express "...do loud and lurching as well they do as caustic and drifting" - Rolling Stone "The best band in the world" - Daily Telegraph 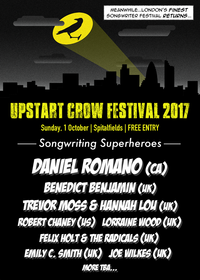 Now in our fourth year, Upstart Crow is the UK's only Festival dedicated to songwriting. 1 October 2017, 12-8pm, Spitalfields, FREE! Emily C. Smith will be perfoming with her full band 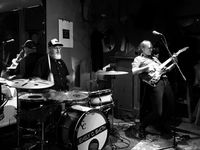 Emily C. Smith will be performing with her full band.